Giorgio Griffa was born in Turin in 1936. He started painting when he was a child. Initially trained as a traditional painter, he began painting abstract works and develop his personal poetry starting from 1968.

From 1960 to 1963 he was a pupil of Filippo Scroppo, abstract painter of Felice Casorati school. Nevertheless, it was only in the mid 1960s that abstract elements started to appear in Griffa’s figurative pictures. Marking the beginning of his reflection on the status of painting, its tools and the position of the artist, this would lead to the series of Segni primari which set the stage for his inimitable painting career. It would be these very canvases of “Segni primari” that placed him among the leading figures in the debate of that period, which arose from the ashes of the informel and made its way through American pop art, minimalism and conceptual art. 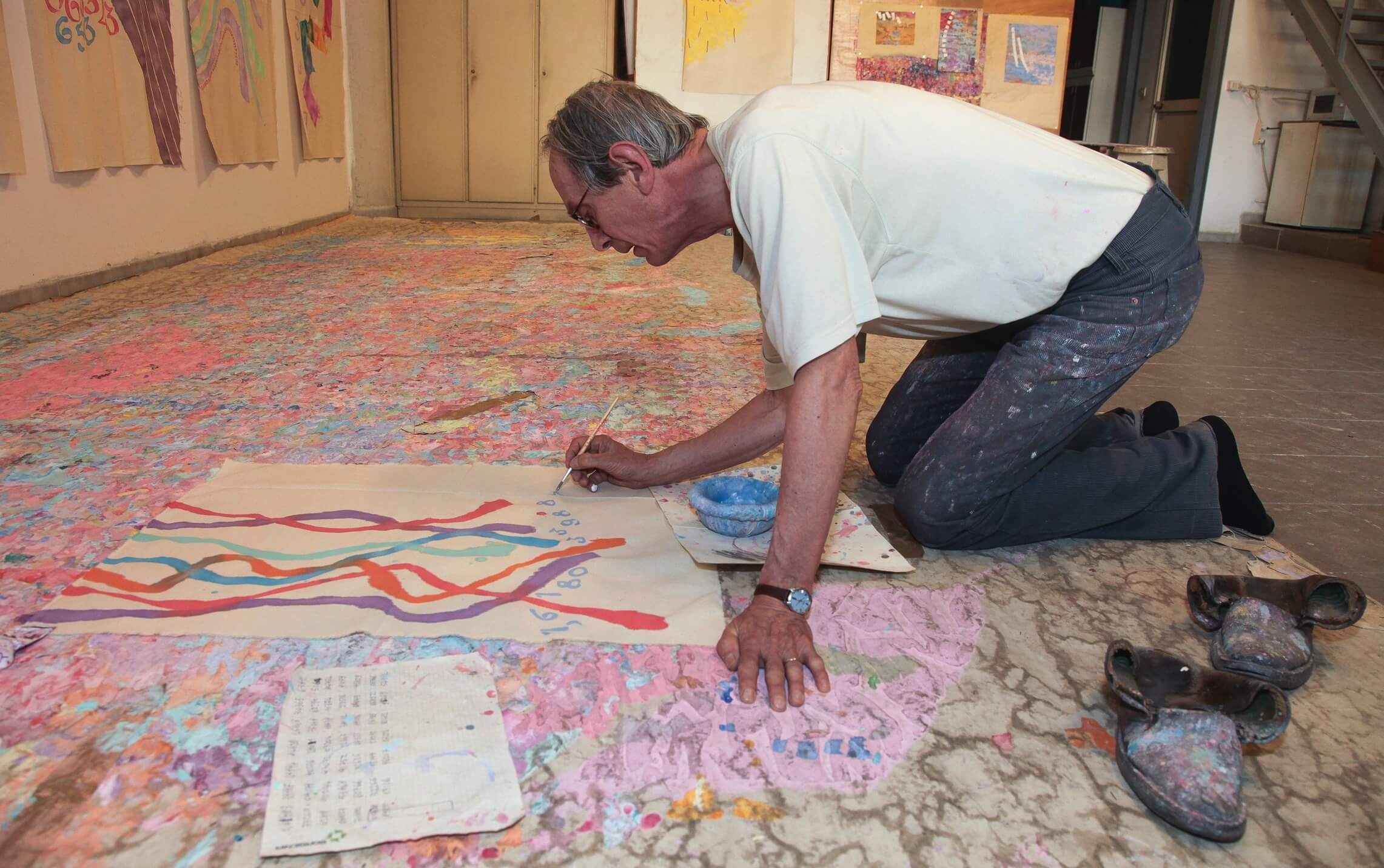 In that period, prompted by his friend Aldo Mondino, he came into contact with the work of Giulio Paolini. His arrival at Galleria Sperone at the end of the 1960s led to strong relationships with a series of artists whose work was classified as Arte povera. Of these, Giovanni Anselmo, Gilberto Zorio and Giuseppe Penone in particular became important interlocutors for Griffa. Even though he has been associated with movements such as Arte Povera, Pittura Analitica and Minimalism, Giorgio Griffa’s artistic career nevertheless remains mainly solitary, outside a specific current. After more than 50 yearst Griffa still follows the same path as a painter, with continuity and consistency, vitality and poetry.